How to Make a Bootable USB Flashdisk on Windows Using PowerISO 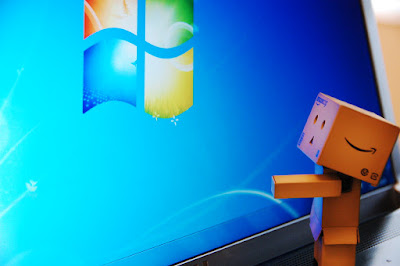 How to Make a Bootable USB Flashdisk on Windows Using PowerISO

There are many ways to make a bootable window with a flash on the internet, but an effective way that you can apply is to use PowerISO.
Back in the 2000s, to install Windows or Linux, of course, using a CD or DVD drive as a medium for installation.
With the development of technology every year, this method has begun to be abandoned. The use of CDs and DVD drives is mostly used for ebook or multimedia storage media.

Even I no longer function DVD Drive on the laptop that I use. I prefer to replace it with an external hard drive via HDD Caddy. Not bad for adding laptop hard drive capacity.
So what do most people use now to make Bootable Windows and Linux, while the use of CDs and DVDs has been abandoned?

This is where the role of Flashdisk becomes important. Not only as a data storage medium such as music, pictures, videos and document files, but also used as a medium for making Bootable Windows and Linux.

1. Flashdisk Size of at least 4GB

Why does it have to be at least 4GB?
Because, the average capacity of the Operating System (OS) of Windows is at least 3GB, so it takes a larger flash disk than that to make the boot.
Unlike the Operating System (OS) used by Linux. The average capacity requires only a minimum capacity of 500MB. Because basically, the Linux OS is lightweight.
So for Linux OS, you can use a 2GB Flashdisk to make it bootable.

Actually, there are lots of applications that can be used to make a Bootable USB. But in this article, I will only discuss How to Make Bootable Windows with Power ISO.

How to Make Bootable Using PowerISO

How to Make Bootable With PowerISO on Windows

How to Make a Bootable USB with PowerISO

How To Make Bootable With PowerISO Easily

At this point, you can already use a flash disk to be bootable to be able to use to install your Windows.
SHARE
How To